Happy 2023! We are renovating our new work space in Catania. A place for people with multiple interests in art and sociology! Check our link: Workspace 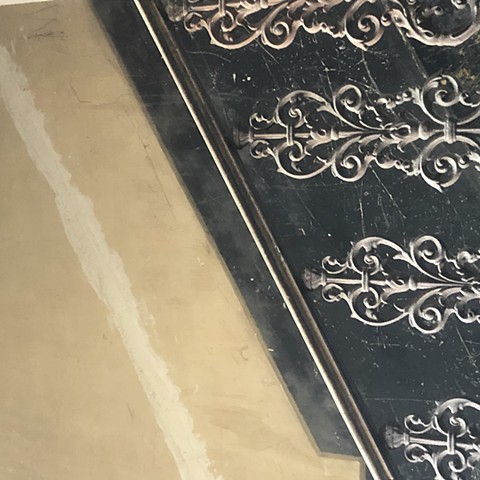 Workspace "Sorelle Caflisch" a new working place in the heart of Catania, Sicily, for people interested in art and sociology. Starting from summer 2023 ... and still available our Book 1698/t-t a road-trip-docu between two lands in 1698km distance @ www.faimdesiecle.ch @ www.animamundiedizioni.com 30CHF/25€

We just finished our project 1698/t-t, and 2023 will be a year of "resting", organizing a new working space in the heart of Catania. Where the idea of encounter and exchange started with 1698/t-t can go on.

INFO: 1698/t-t was an international project with an experimental format initiated by Valeria Caflisch, which has contributed to the formation of Italian-Swiss artist pairs, to explore in the field of visual arts the notions of mobility, exchange and encounter in their multidimensionality as well as to encourage co-creation processes. Its name reflects the challenges of spatiality with which the pairs have had to deal: 1698 kilometers separate them, from a land of Fribourg to another Sicilian.Initiated in August 2019 by the artist Valeria Caflisch, the experience began with the setting in pairs of eight artists, four Fribourg and as many Catania. The duos were formed following a phase of anonymous exchanges of images and messages. In March 2020, each artist got to know his/her partner. From the first remote discussions - due to the pandemic - to the trips and exchanges in Switzerland and Italy, the collaboration has developed organically and exponentially through travel, immersion and co-production moments. Supervised by a pair of curators, one Sicilian and the other Fribourg, the creative process and the resulting works are documented and studied by invited researchers from multiple disciplines (sociology, psychology, art history, cultural studies, among others). Artists from Catania: Marcella Barone, Gianluca Lombardo, Alessandra Schilirò, Francesco Balsamo Artists from Fribourg: Isabelle Pilloud, Ivo Vonlanthen, Primula Boshard, Christiane Hamacher Curators: Valentina Barbagallo and Philippe Clerc.