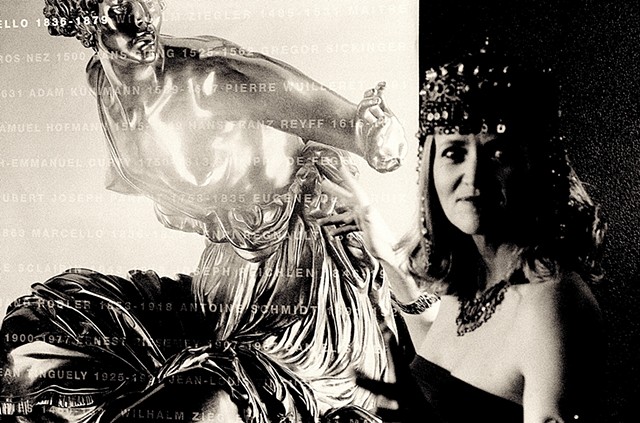 Gib mir die Brust! (Give me your breast!)

Is a work of participatif art. It started after invitation by the Museum Fribourg to interact and reconsider an art piece of their historic collection. I therefore choose a sculpture cast by a female sculptor Adele d'Affry (1836-1879). The female sculptor exhibited her artwork in Paris under a male pseudonym "Marcello". Her themes were mostly taken form greek myths, like the Pythia.

The Pythia was in ancient times the priestess who held court at, a sanctuary dedicated to the Greek god Apollo. Pythia were highly-regarded, for it was believed that she channeled prophecies from Apollo himself, while steeped in a dreamlike trance.